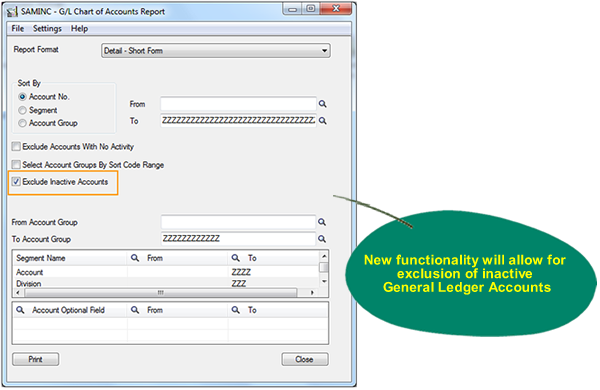 Last week we posted some new features that will be implemented with the coming release of Sage 300 ERP (Accpac) 2012 for the Order Entry screen. This week we will be highlighting a couple of new General Ledger (GL) features.

As the Sage Summit Conference is taking place this week, we expect more updates and news to be announced in the coming weeks. So stay tuned for more exciting info on What's New in Sage 300 ERP 2012.