Missing the familiar Visual Process Flows in Sage 300 Version 2012 and newer (6.1 and 6.2) may have noticed a blank blue screen as shown in the second screenshot below. Luckily, there is an easy fix! 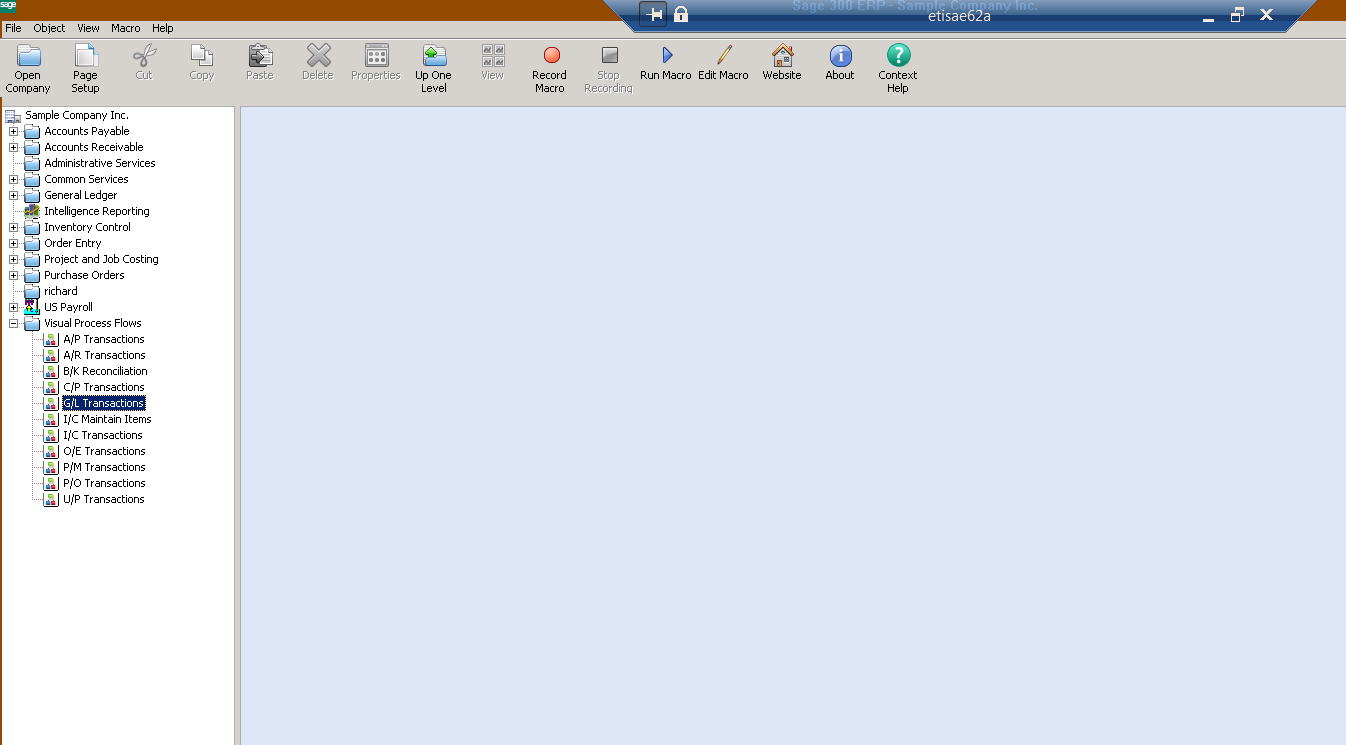 To restore the Visual Process Flows, identify your operating system and then follow the steps listed below. You can verify which version of Adobe Flash Player you are running by visiting this website: https://helpx.adobe.com/flash-player/kb/uninstall-flash-player-windows.html

Note: Please ensure this update is not installed automatically or the update will be reinstalled and issue can reoccur.

Additional Troubleshooting – When installing v16.0.0305 of Adobe Flash Player, some users may receive Java Error 1722 as shown below:

To resolve this error, use the uninstaller found in the zipped folder downloaded from Adobe (as shown below) to remove the installation before trying again to reinstall.

If you need additional information, or assistance please contact us and we would be happy to assist.